Hope and security. According to one of the participants of our workshop “Identity and Integration into the City Society”, are the two cornerstones that all Syrians whom he has interviewed so far consider necessary for successful integration. Around 20 young Syrians from Hanover and the surrounding area as well as from further afield had taken part – one participant had traveled from Münster.

The workshop focused on the question of what constitutes “identity” in its personal and social dimensions and how it is influenced by the situation of having fled a country of war and now having to arrive in a new, initially foreign society. For our identity – or our identities? – are essentially influenced by where we locate ourselves, which experiences of belonging and contrast we have, and which attributions are given to us from outside.

For refugees from Syria, this is important in two respects: firstly, when it comes to a successful Syrian-Syrian dialogue. The pseudo-religious framing of the conflict in Syria has not made it easier for Syrians to communicate unconditionally and without mistrust across (supposed and existing) ethnic-confessional dividing lines. Do I know what my counterpart accuses me of as a Sunni Muslim, as an Alawite, as a Christian or as a Druse? Which views, attitudes, and behaviors, even the responsibility for what is automatically assumed? And conversely, am I free from such insinuations towards others? Certainly not always, and therefore it is important to become aware of attribution mechanisms, to actively search for what unites and to build trust. Especially now, in an environment that perceives all Syrians first and foremost as such and thus almost compels them to talk to each other – but also enables them to do so.

At the same time, the Syrians who have fled now find themselves in a society which is new and alien to them in many respects and whose ways of functioning must first be understood and learned. An experience that, to a certain extent, anyone who takes the risk of not only visiting another country as a holidaymaker but also studying, working and building a life for themselves for a time or forever, will experience. But in the case of the Syrians in exile, there is a decisive aggravating aspect: they find themselves confronted – with all the help and support that people and institutions are allowed to give them in many cases – with an extremely strong external attribution on the part of the host society and its published opinion: So there is always a struggle to be noticed and taken seriously as a student, trainee, doctor, engineer, parent, fan of Celine Dion, enthusiastic football player or hobby musician, since there is the comfortable drawer “refugee” with which alone everything seems to be spoken. In addition to describing a fact and the resulting legal status, this attribution means one thing above all for those affected: to be recipients of aid and limited in many ways – and, moreover, to be the subject of an emotionally led social and political debate in which they are mentioned daily in the media without ever having their say. These, too, are mechanisms that must be understood – and in view of which it takes strength to hold on to a positive self-image that allows one to actively approach people, to perceive differences and diversity as enrichment and not as uncertainty, and to courageously shape one’s own situation as well as the socio-political debate.

The speeches and discussions as well as the theatre pedagogical sequences of our workshop, which were carried out playfully with the means of theatre pedagogy, revolved around these questions. We did not stop at taking inventory. Rather, the participants worked out strategies to strengthen their own socio-political participation. In order to give themselves more security – but also to advance the urban society in the sense of a lived pluralism in the democratic spirit. It became clear how much all participants value being in an environment in Germany in which their own opinions are not only articulated without fear but can also gain significance. An experience they had had, depending on their personal biography at the beginning of the uprising in Syria – but then quickly disappointed – or after arriving in Germany.

Ideas for strategies for participation were manifold. Naturally, the need for their own discussion platforms and advocacy groups came up. But also, the idea of being active in university politics as students, of joining the parents’ council of a school as parents or the like – not only to be heard as “fugitives” but also because personal contact is good for all of us in order to get to know each other better and to reduce uncertainties. Many are not clear in detail where they can work and how this works. All the more important is the exchange with political representatives, local decision-makers and activists, and so we were very grateful to have won Mrs. Mareike Wulf MdL (CDU) for a conversation with our group. Thus, the group could present workshop results and at the same time hear personal and political assessments of Mareike Wulf, which gave a reason for further exchange.

In the balance of the workshop, one thing became clear: We cannot directly create security through such a workshop. But the fact that the joint work gave us hope was mentioned very prominently in the evaluation, in which we looked back on a day of lively activities and discussions. This hope must now be deepened – by staying in dialogue, expanding the circle of dialogue partners and participants in the Young Leaders for Syria and actively participating in shaping our common present and future. In this way, we fill the integration process here with life – and create a potential for a future transformation of Syria.

The workshop is conducted by Citizen Diplomats for Syria and the FriedenskreisSyrienas part of the Young Leaders for Syria programme. For the financial support, we thank MiSO – House of Resources. 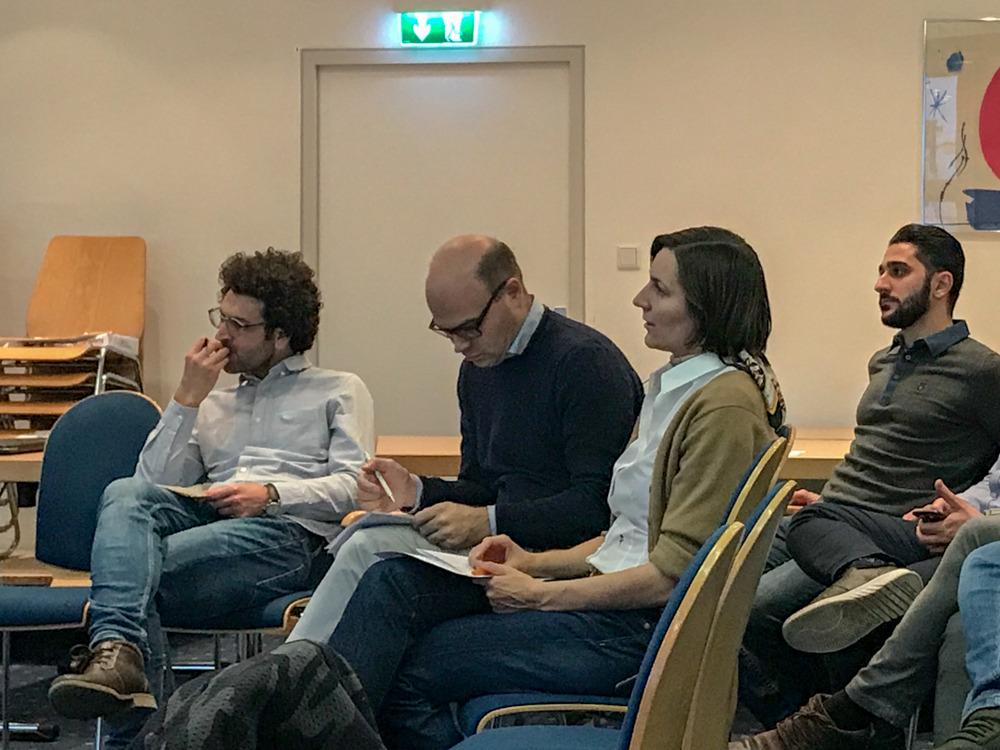 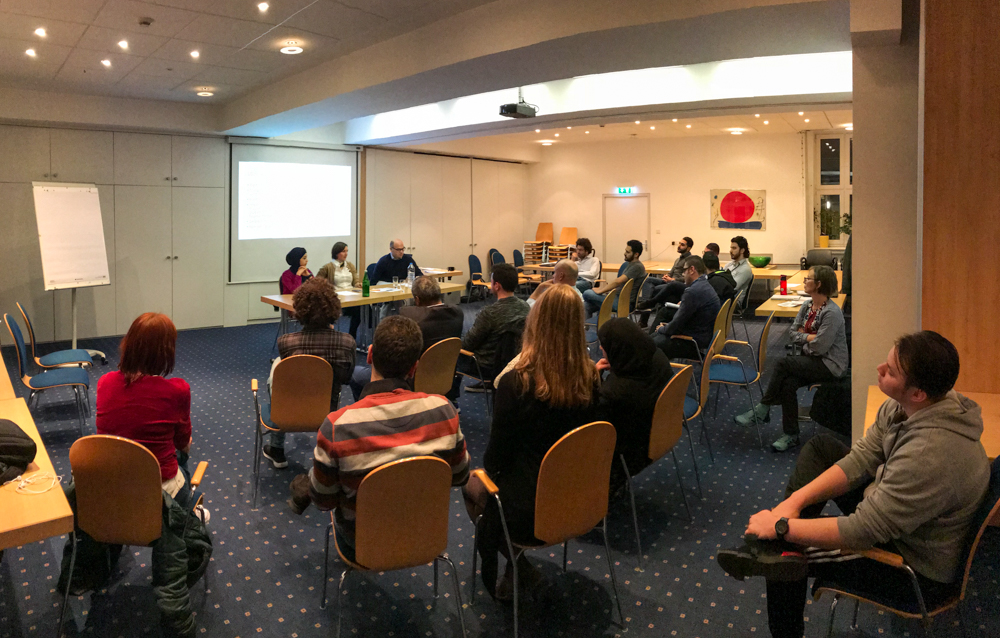 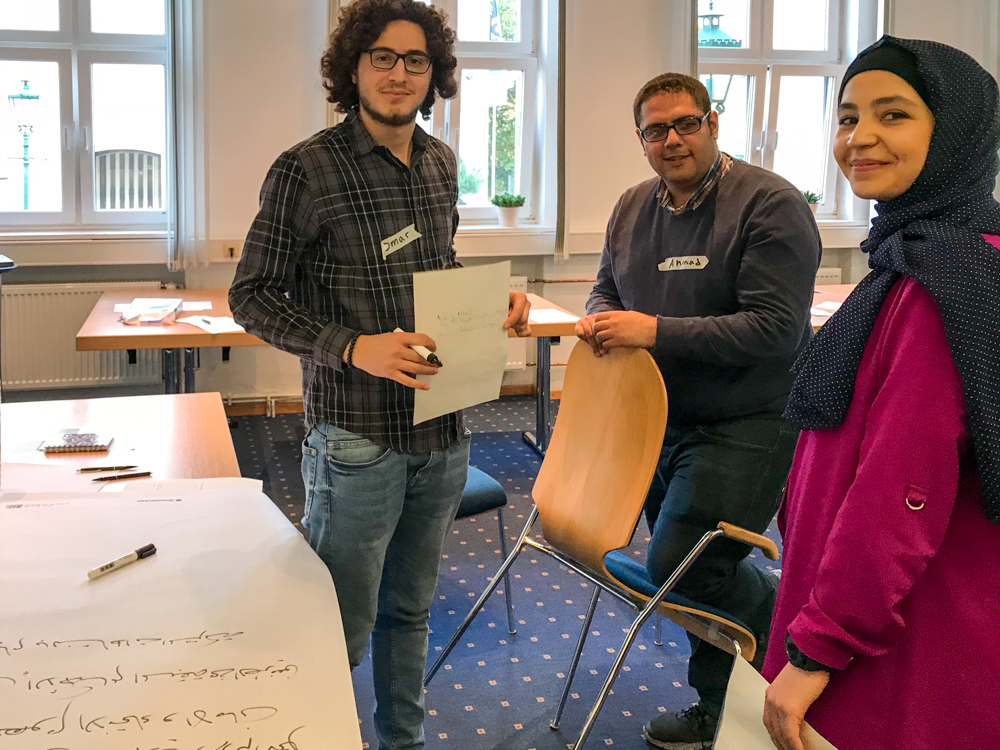 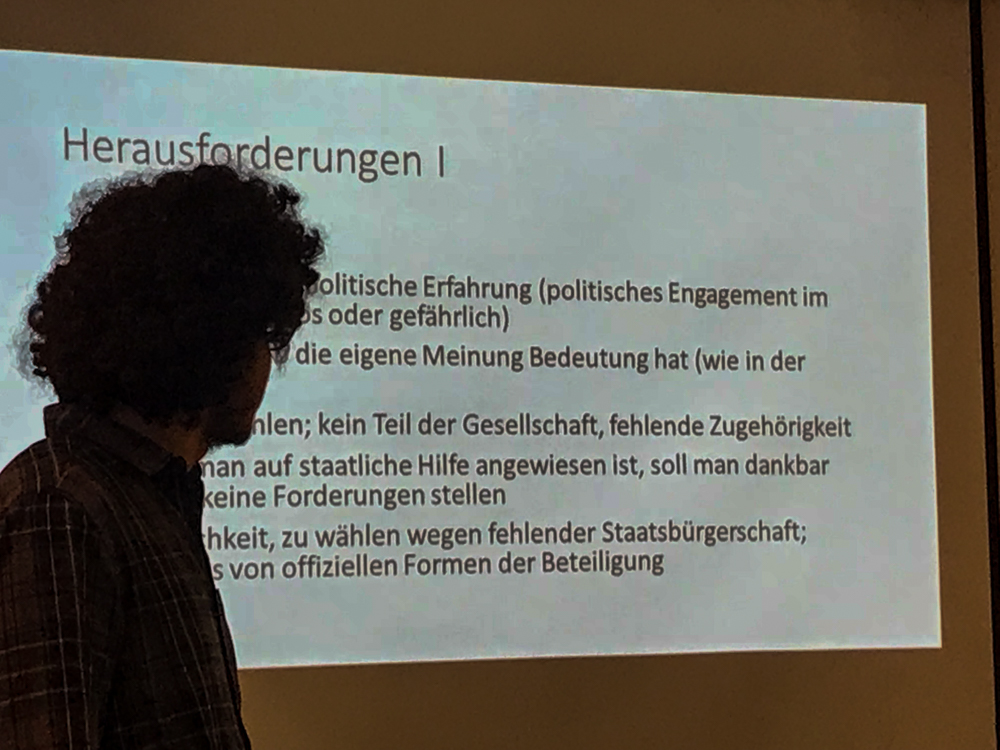 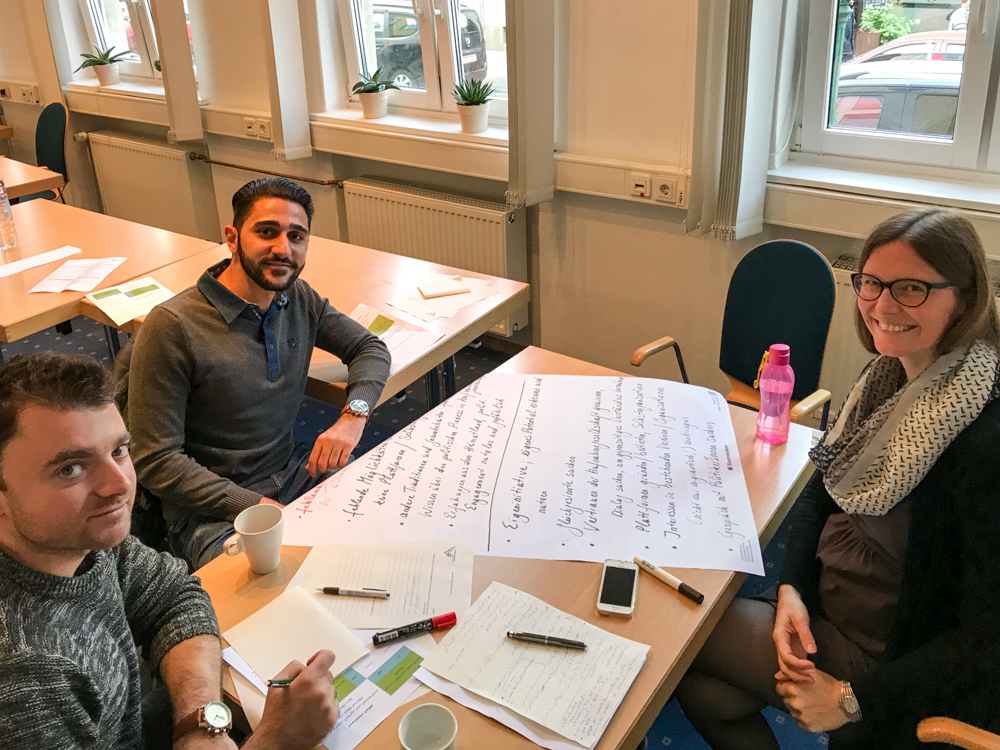 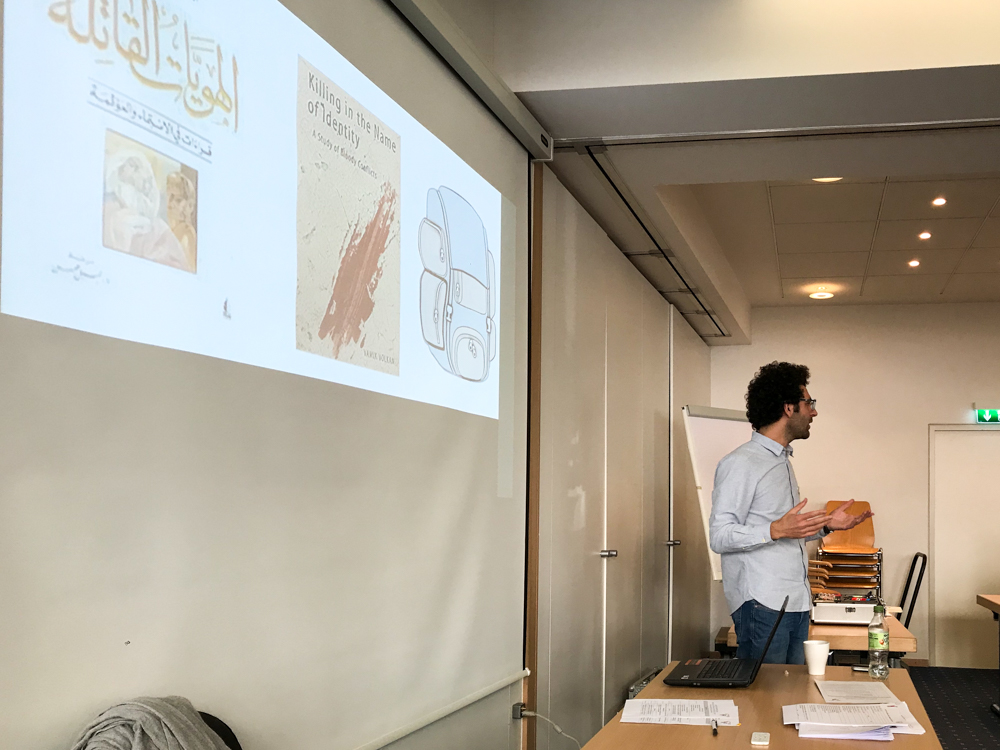 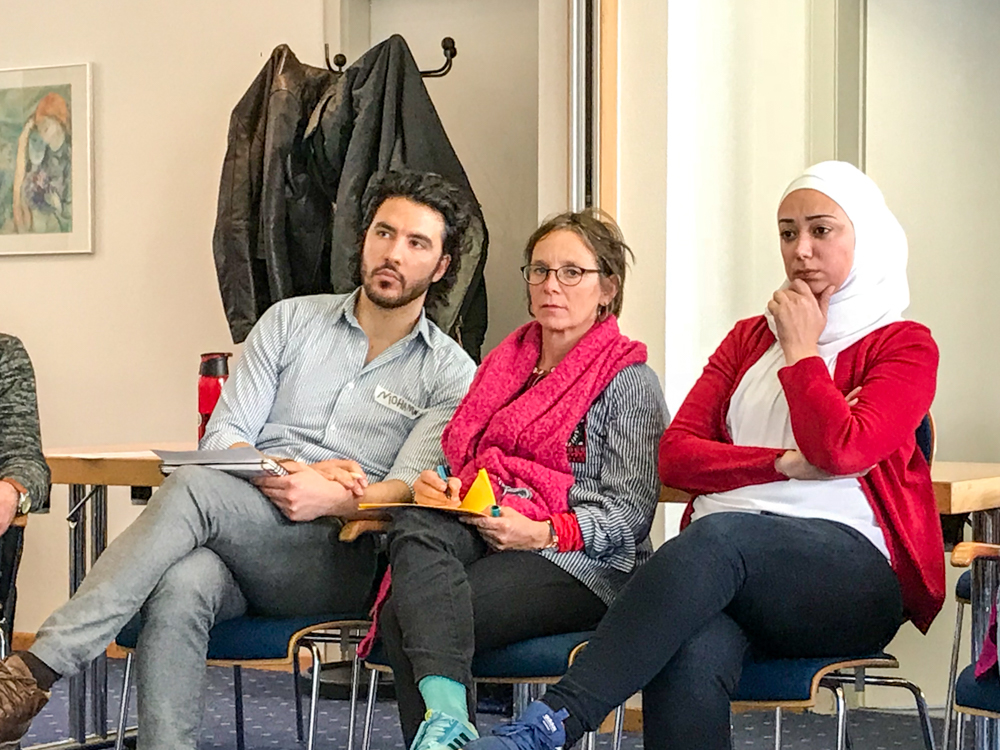 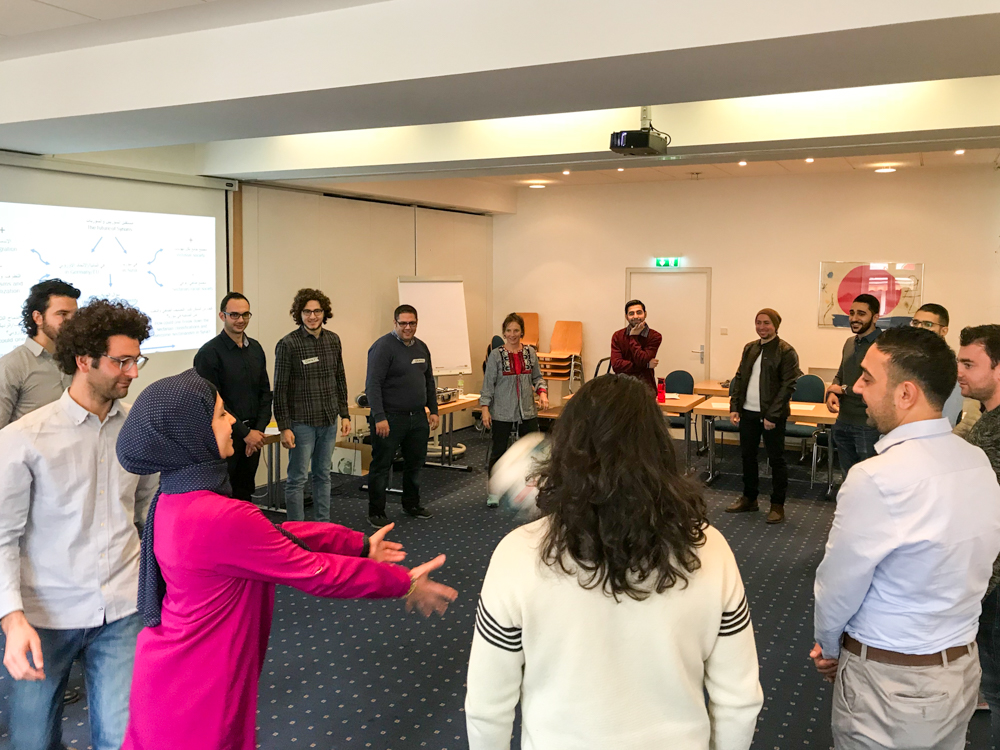 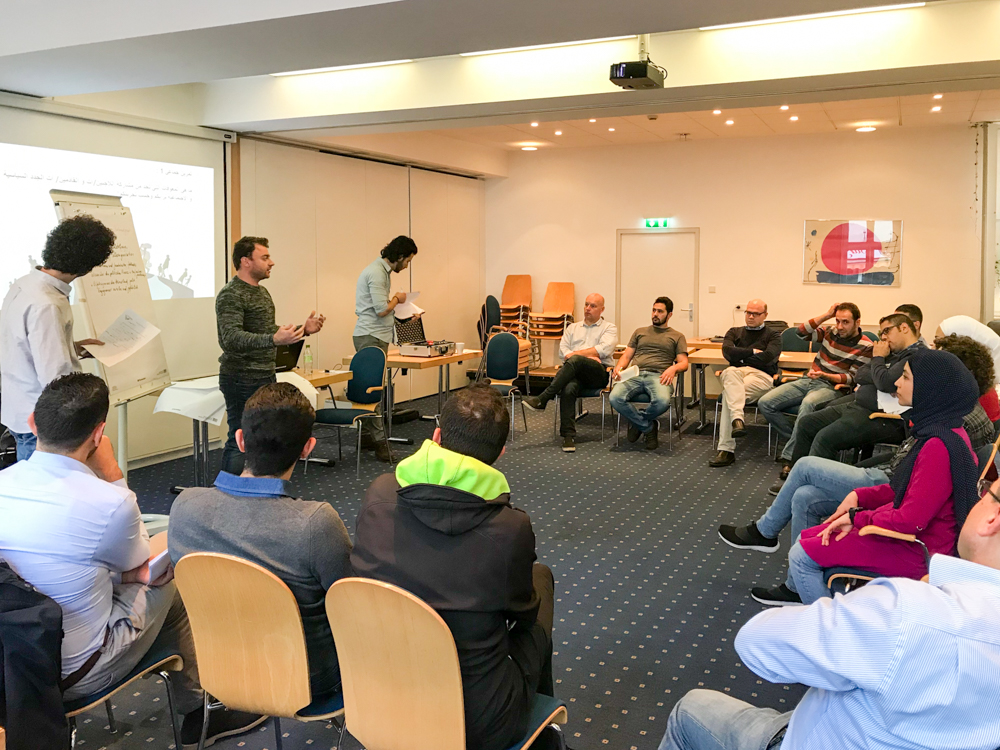 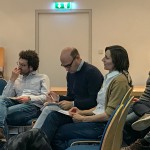 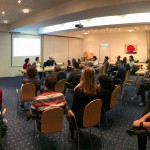 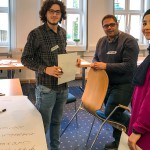 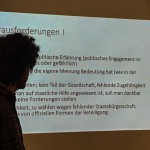 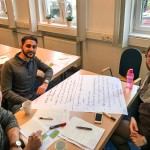 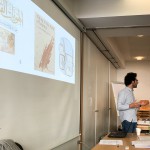 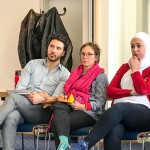 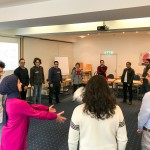 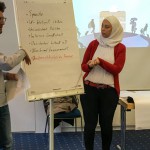 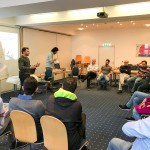